The global partnership encompasses major AFC competitions, including but not limited to the AFC Asian Qualifiers – Road to Qatar, Asia’s flagship national team competition, the AFC Asian Cup, which is set to take place in China PR in June 2023, and the Continent’s pinnacle club competition the AFC Champions League.

The expansion of rights to include national team competitions will allow fans to play the AFC Asian Cup and the AFC Asian Qualifiers – Road to Qatar as an official competition mode in future editions of Pro Evolution Soccer games. The AFC Champions League competition mode will also be refreshed to carry the new look and feel following the recent launch of the visually striking competition brand and identity.

As an Official Supporter, KONAMI will activate a comprehensive set of association, activation, branding and ticketing rights to promote its products and relationship with the AFC competitions.

Dato’ Windsor John, the AFC General Secretary, said: “We are delighted to not only renew but expand our partnership deal with KONAMI, an iconic Asian brand in the e-gaming industry with decades of success.

“This deal demonstrates the incredible appeal and stature of the AFC competitions and the global popularity of e-gaming among football fans. We look forward to seeing more of our competitions become available within KONAMI’s products for the benefit of our passionate fans.”

Hideki Hayakawa, President of Konami Digital Entertainment Co., Ltd., remarked: “As an Asian game publisher, we are proud to announce the extension and expansion of the partnership with the AFC. Football in Asia has been growing and is becoming more important on a global scale. We look forward to working with the AFC to continue to promote Asia’s football to the world.”

In addition, KONAMI will be entitled to various exclusive activation opportunities to engage with Asia’s massive national team and club football fan bases.

The Asian Football Confederation (AFC) is the governing body of Asian football and one of the six Confederations making up FIFA. Formed in 1954 in Manila the AFC was sanctioned by FIFA in Berne, Switzerland on June 21 of that year. The AFC has headquarters in Kuala Lumpur, Malaysia and consists of 47 Member Associations.

Konami Group was established in 1973, starting as an amusement machine manufacturer for arcades. Over the years, the company has grown to include different business units across various markets. Currently, KONAMI HOLDINGS CORPORATION includes the Digital Entertainment, Amusement, Gaming & Systems, and Sports Businesses. The company went public on the Osaka Securities Exchange in 1984, the Tokyo Stock Exchange in 1988, and the London Stock Exchange in 1999. For more information, visit: www.konami.com/en.

Konami Digital Entertainment, which is the core company of Konami Group, develops entertaining content for mobile, console and card games. The company is known for global franchises such as PES, Metal Gear, Silent Hill, Castlevania, and Contra, as well as the Yu-Gi-Oh! Trading Card Game series. www.konami.com/games/corporate/en/ 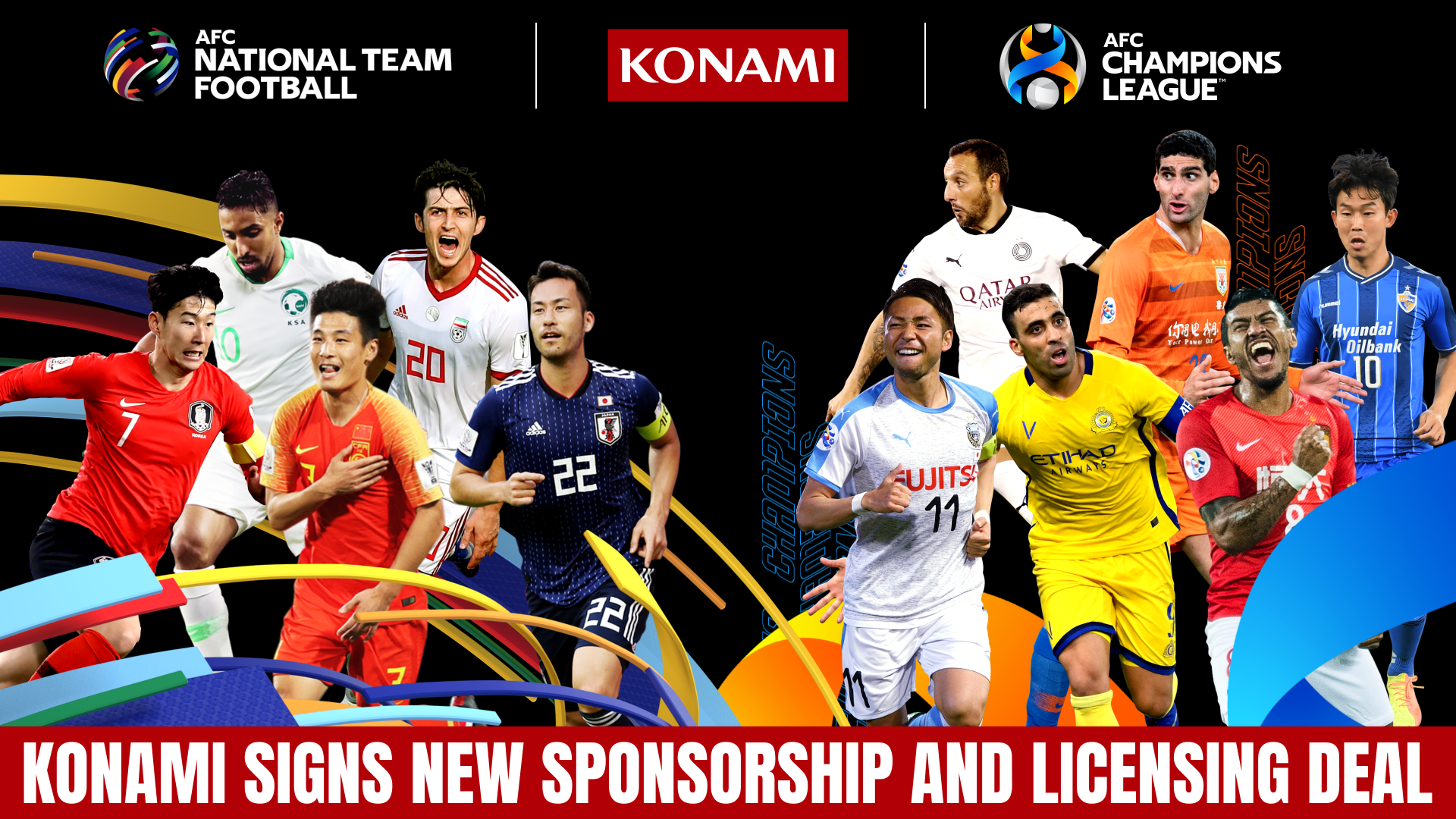