Free TV’s deal covers the AFC’s major national team and club competitions in the year 2022, including the AFC Asian Qualifiers – Road to Qatar™, the AFC U23 Asian Cup Uzbekistan 2022™, the AFC Champions League™, and the AFC Cup™.

PacificAus TV is the result of a partnership between Free TV Australia and the Federal Government. PacificAus TV has sourced content from Australian commercial television networks and other content providers to supply Pacific partner broadcasters with premium Australian content across the Pacific, free of charge.

Sport fans across the Pacific Islands can now catch all the action from the AFC’s national team and club competitions on networks such as Kiri One (Kiribati), NTV (Nauru), FBC 1 and FBC 2 (Fiji), TTV 1 and TTV 2 (Solomon Islands), VBTC (Vanuatu), TBC 1 and TBC 2 (Tonga), TV3 (Samoa), and Tuvalu.TV (Tuvalu).

Datuk Seri Windsor John, the AFC General Secretary, said: “The AFC is pleased to enter into this partnership with Free TV Australia, which will bring captivating Asian football action to new audiences in the Pacific Island nations.

“The AFC’s competitions are now available in virtually every market across the globe and this partnership further underlines the ever-growing and universal appeal and fanbase of our world-class tournaments.”

Free TV’s CEO, Bridget Fair said: “We are delighted to partner with the Asian Football Confederation to bring these exciting football matches to our Pacific neighbours as part of the PacificAus TV service.  This deal will bring more of the world game to viewers in our region through our Pacific partner broadcasters, and will further strengthen our portfolio of the best of Australian drama, sport, entertainment, children’s and factual programming.”

Patrick Murphy, Board Member and CEO at Football Marketing Asia, commented: “We are very pleased to partner with Free TV to strengthen the presence of Asian football across the Pacific Islands, and look forward to working together over the course of the coming year.”

The Asian Football Confederation (AFC) is the governing body of Asian football and one of the six Confederations making up FIFA. Established in 1954, the AFC is headquartered in Kuala Lumpur, Malaysia, and comprises 47 Member Associations. The AFC organises the AFC Asian CupTM and the AFC Women’s Asian CupTM, which are the flagship Continental national team competitions, while the AFC Champions LeagueTM is the premier competition for Asian clubs, drawing millions of fans to the beautiful game across the length and breadth of the Continent and beyond.

PacificAus TV is a programme of the Australian Government that complements a range of initiatives to enhance Australia’s engagement in the Pacific. It is funded under the “Amplifying Australia’s Voice in the Pacific” initiative announced by Prime Minister Scott Morrison in January 2019. 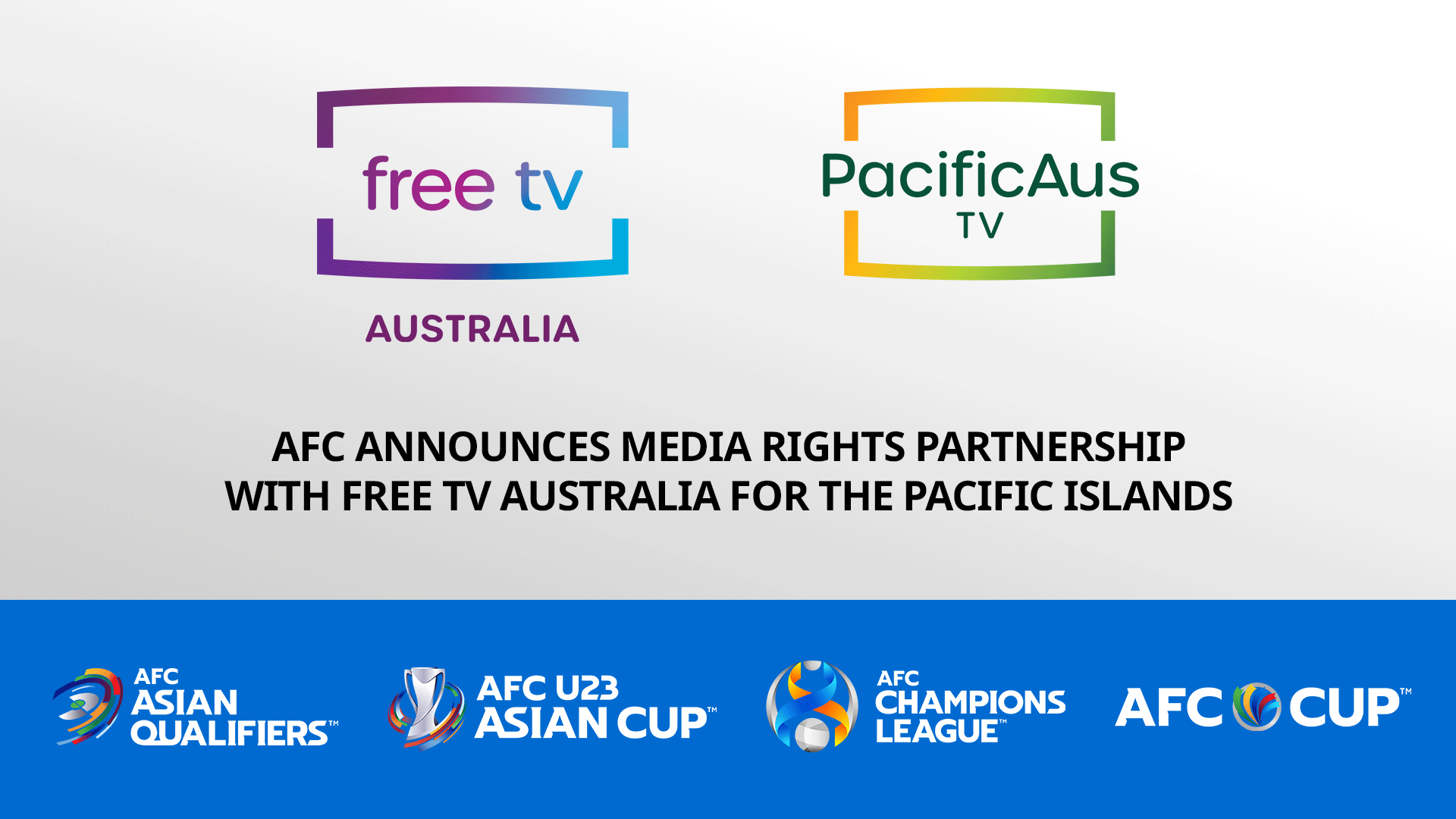