Chairing the 11th AFC Executive Committee meeting, AFC President Shaikh Salman bin Ebrahim Al Khalifa congratulated the QFA on their successful bid and also conveyed the appreciation of the Asian football family to the Football Association of Indonesia (PSSI) and the Korea Football Association (KFA) for their commendable proposals.

He said: “On behalf of the AFC and the Asian football family, I want to congratulate the Qatar Football Association on being awarded the hosting rights of the upcoming edition of the AFC Asian Cup™.

“Qatar’s capabilities and track record in hosting major international sporting events and their meticulous attention to detail are well admired throughout the globe.

“I must also commend the AFC for showcasing utmost professionalism in conducting a fair and transparent expedited bidding process and I thank all our commercial partners and sponsors for their patience during these unprecedented times.

“Given the short lead time in preparation, we know that the hard work begins immediately but with their existing world-class infrastructure and unrivalled hosting capabilities, we are confident that Qatar will stage a worthy spectacle befitting the prestige and stature of Asia’s crown jewel.”

Qatar are the reigning AFC Asian Cup™ champions and will be hosting the Continent’s most prestigious men’s tournament for the third time after staging the 1988 and 2011 editions.

The AFC Executive Committee also deliberated upon the bidding proposals for the AFC Asian Cup 2027™ and shortlisted the All India Football Federation (AIFF) and the Saudi Arabian Football Federation (SAFF) as the final two bidders with the hosting decision to be taken by the AFC Congress at its next meeting in February 2023.

The decision brings to a close the bid proposal of the QFA who were considered to have withdrawn from the 2027 race following their successful 2023 bid in accordance with the applicable bidding regulations.

“We must also acknowledge the Football Federation Islamic Republic of Iran and the Uzbekistan Football Association for signaling their intent to host the 2027 edition and Football Australia for indicating their interest for the 2023 tournament.

“Across our competitions, we are seeing our digital engagement and TV viewership grow in record numbers and it is our responsibility to ensure that each tournament surpasses the achievements of the previous edition.

“In the All India Football Federation and the Saudi Arabian Football Federation, we have two exemplary bids, and I am confident that the Qatar Football Association will strengthen the foundations for the eventual 2027 hosts to build upon.”

At the outset, heartfelt condolences were offered by the members to the PSSI as well as the families and loved ones of the precious lives lost at the Kanjuruhan Stadium in Malang city, Indonesia, earlier this month.

Rich tributes were also paid to the late Football Association of Singapore President, Mr. Lim Kia Tong, who was also the Chairperson of the AFC Disciplinary and Ethics Committee.

Leading the eulogies, the AFC President said: “It was indeed a painful loss, and our hearts and support go to the families and friends of the victims and the Football Association of Indonesia.

“Last month, we also lost our dear brother and friend, Lim Kia Tong. We will miss him, and Lim will live on in our hearts and continue to inspire us with his legacy of integrity, professionalism, and love for the game.”

Further, Shaikh Salman expressed his gratitude for the overwhelming response received for his candidacy for re-election to the position of the AFC President.

“Let me thank all of you for your incredible support and convey my gratitude for all your contributions as we approach the final stages of this Executive Committee’s term (2019 to 2023),” said the AFC President.

“The rapid development of Asian football would not have been possible without your support and unity of purpose so clearly demonstrated time and again.”

The AFC President also used the occasion to thank the FIFA President Gianni Infantino for the unstinted support received by the Asian football family and reiterated the AFC’s support for President Infantino’s re-election to the position of FIFA President.

The AFC Executive Committee also ratified the decisions of all the Standing Committees since its last meeting, most notably the AFC Competitions Committee’s recommendation to award the hosting rights of the AFC U23 Asian Cup 2024™ to the QFA.

Continuing in the social responsibility sphere, the AFC’s recently approved membership of the United Nations Football for the Goals initiative was also highlighted and welcomed by the Executive Committee.

The Asian Football Confederation (AFC) is the governing body of Asian football and one of the six Confederations making up FIFA. Established in 1954, the AFC is headquartered in Kuala Lumpur, Malaysia, and comprises 47 Member Associations.

The AFC organises the AFC Asian CupTM, the AFC Women’s Asian CupTM and the AFC Futsal Asian CupTM which are the flagship Continental national team football and futsal competitions, while the AFC Champions LeagueTM is the premier competition for Asian clubs, drawing millions of fans to the beautiful game across the length and breadth of the Continent and beyond. 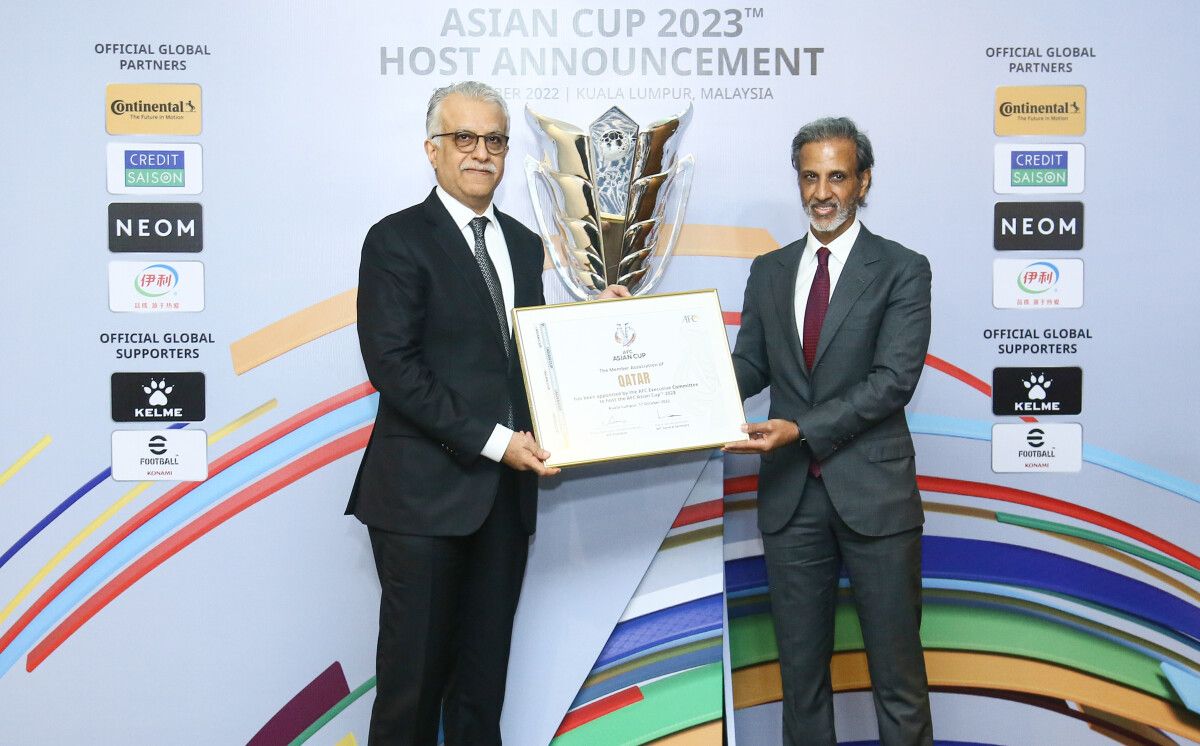